I never felt like I belonged at school. Partly because I was smaller than the other children, but mostly because I wasn't good at anything school-related. I couldn't memorize the multiplication tables; I was told I couldn't "spell my way out of a wet paper bag," and reading was painful. I sat quietly in the room, looked out the window and daydreamed. Then, my biggest fear unfolded when I was forced to read out loud in the classroom.

Whoever decided that reading aloud in class was an effective tool for teaching students how to read was a sadist and just plain mean person. Reading was hard enough for me, but showing everyone in the room that I was illiterate was embarrassing and demoralizing. It just reinforced my contention that I was not smart and did not belong in school.

Ironically, reading aloud was how I developed the first coping tool that allowed me to keep up and eventually thrive in school. All of my teachers would follow the same reading - aloud algorithm; starting from the front of the class; each student would read one paragraph until it was my turn. I could predict the paragraph I was destined to read by simply counting the students. A good day would be when my section was short. I would read my part over and over silently until I felt confident I could read it aloud with fluidity.

Then, I would engage again and simply wait my turn. But, then there was Wendy W., and she was everything I was not. Wendy was smart - very smart - and read with what the teachers called “feeling”. I must admit it was great to hear her read and the teachers liked it so much that they would complement her with a line that went something like this, “That was lovely Wendy, can you read the next paragraph?” Wait, that isn’t part of the algorithm! 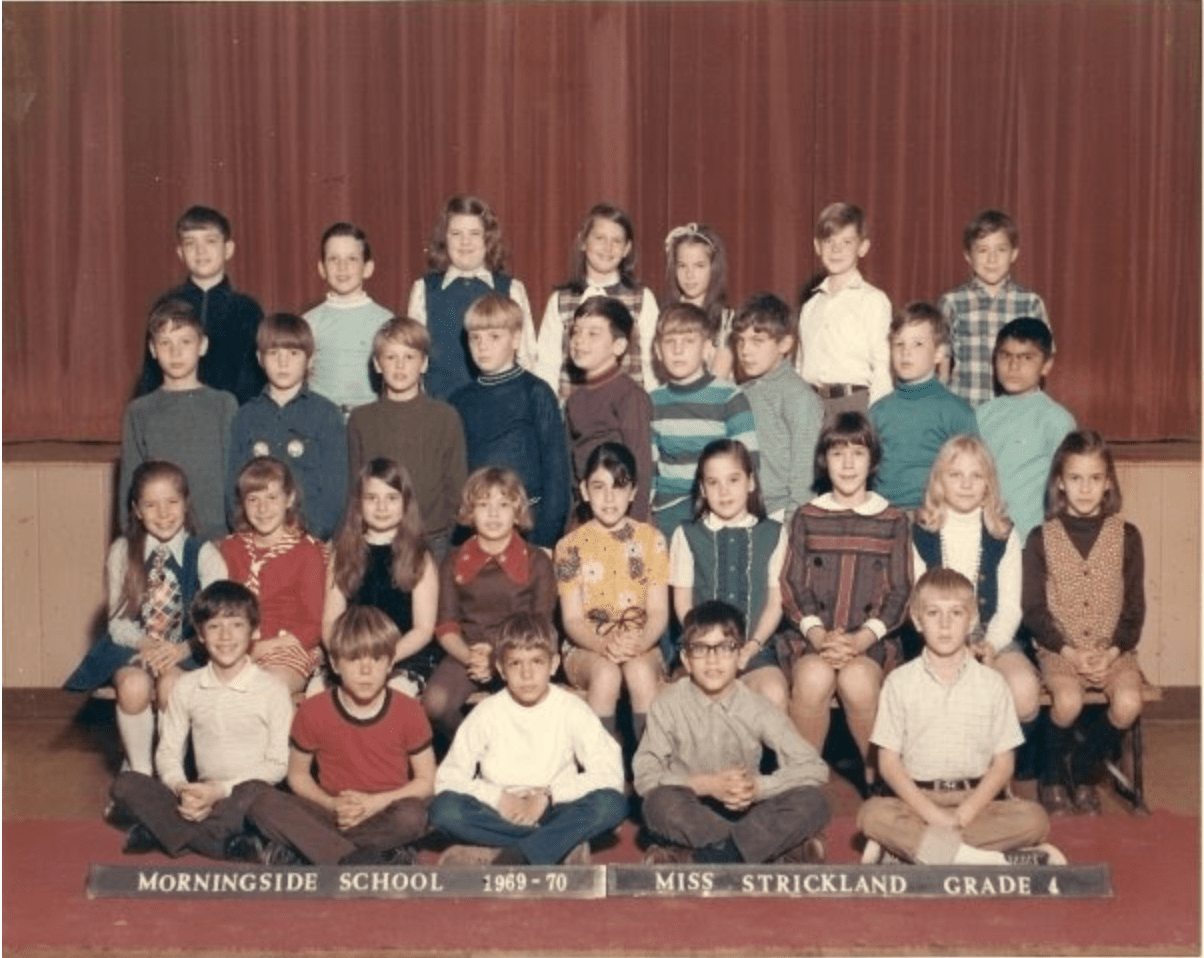 A wonderful thing happened in the late 60s. The federal government forced the Atlanta Public School system to finally desegregate. The first part of the plan forced APS to swap teachers from minority schools with teachers from the white schools. That brought my saviour to Morningside Elementary School in the name of Ruby Lucas. Like my previous teachers, she asked my parents to come and discuss my problems at school. It started like all the other parent-teacher conferences when Mrs. Lucas said I was smart, but struggling. Unlike other teachers, she did not say I was lazy, she did not say I was not trying hard enough, she did not express her frustration with my poor performance.

Mrs. Lucas told my parents she thought I was probably dyslexic. Having a name for my problem was all fine and good, but in 1970, educators lacked the tools to help learners like me. They did know I would probably never learn the really important things. You know, the things every person needed to succeed at the dawn of the space age. Things like the ability to recite the states and capital cities, alphabetizing, reciting the multiplication tables, reading, and spelling. I was crushed because, like all kids in 1971, I wanted to walk on the moon and everyone knows Neil Armstrong has his files alphabetized and knows the capital of New Hampshire!

I was able to develop some coping skills that allowed me to start to succeed. Things like tricks to come up with the answer to what is 9 times 7. See, I figured out that all answers in the nine tables added up to nine. So just take seven, subtract one to get six, then what plus 6 will get you nine? Three, and you have sixty-three. 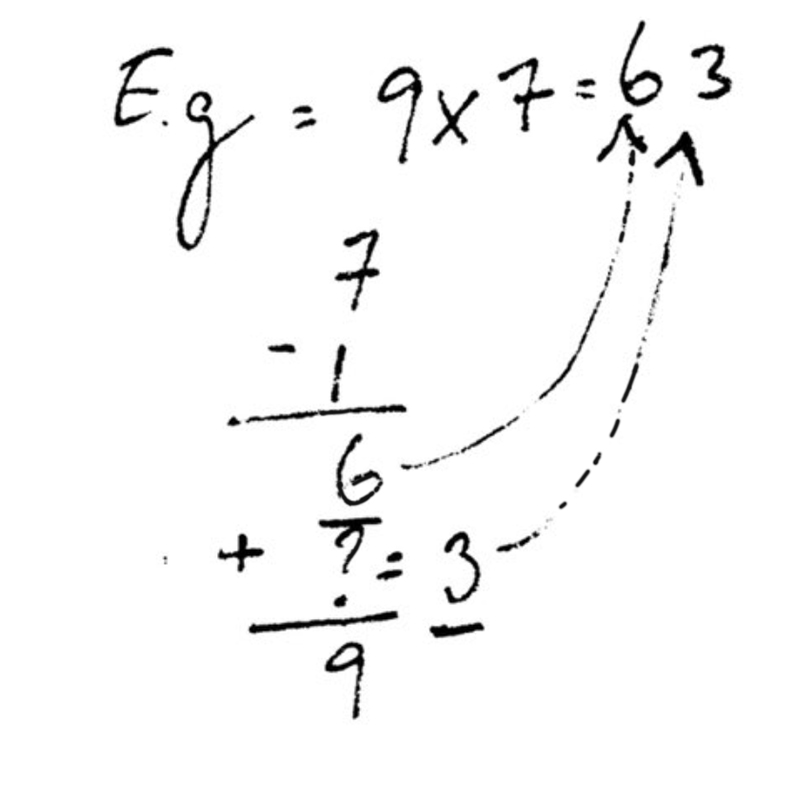 I had tricks like that for just about all the tables. I also figured out that if I stopped looking out of the window and listened really hard in class and could retain just about anything they were talking about. I started participating and learning, and discovered I was actually pretty good at math.

By the time I got to high school things were looking up. My grades were up only to solid C’s, but at least I felt like I was learning. The first week of high school something happened that changed my life forever. They asked a small group of students to participate in a pilot program. They took us into a small room where there was an IBM Selectric typewriter. They told us this was no ordinary typewriter, but a terminal and it was connected via a phone line to a large IBM 360 computer in the central office. They introduced us to two seniors that had been teaching themselves how to program.

Over the next three years, a small group of diverse learners taught each other how to program in APL. We learned to code without a teacher, without curriculum, no tests, and nothing more than the APL Programmer’s Guide published by IBM. I’m sure the scientists and engineers at IBM did not intend for some teenagers at Grady High School to use their technical guide to learn how to program, but we did.

The result for me was truly life-changing. Like many teenagers, I longed for some control over my life. With little autonomy over my 13-year-old life, the ability to program and control a $250,000 computer was thrilling. With a few lines of code, a machine would perform my bidding over and over - perfectly, every time.

Teaching each other how to program was not like anything else we had experienced. Taking turns on the Selectric terminals, we each tried the code we had written down on paper. Those lines of codes were ideas we had about things we were interested in -- projects that WE selected. No teacher was giving us assignments. We simply talked about what would be cool to get the computer to do and then worked together to make it happen.

In class, we were told not to copy others' work, here we built on the success of others’ projects. We shared snippets of code and helped with each other's projects. Those projects varied from making banners for spirit week to writing text-based games. One student even taught the computer how to play chess!

My first request to write a program came from my dad. My father grew up in Nazi occupied Greece and, therefore, had a great distrust for most institutions. He was convinced the bank miscalculated his mortgage tables. Dad showed me how mortgages worked and I wrote a simple program that would calculate and print the mortgage table for his loan. When I handed him the amortization table for his loan, he lit up. After years of disappointing my dad with my schoolwork, I was finally able to do something at school that pleased him.

The final - and probably the starkest - in differences in our learning how to code from our traditional classes was how we dealt with failure. As a dyslexic learner, I had become accustomed to seeing my work bleeding with red. Poor punctuation, bad spelling, poor penmanship, and incorrect arithmetic. Almost every paper I turned in was an opportunity for my teacher to bleed red all over my work.

Coding was nothing like that. Even the best programmers in our group never got it right the first time. One misplaced symbol and the program it would fail. The computer would even give us a hint on where the problem was. All we needed to do was to find the problem, fix the issue, and run it again. We were told this was called “debugging.” It was amazing! No work was ever incorrect, it just needed to be debugged. And fixing code was thrilling and extremely fulfilling to my achievement-starved self.

After the first year. Everything turned around for me. I was good at something, I could write a few lines of code and an expensive machine would do exactly what I wanted it to do. I was able to learn from my fellow students and build on their ideas. Nothing I did in programming was ever wrong, it just needed to be fixed. The ideas of competency, collaboration, and resilience were added to my other tools and, much to my surprise, my other grades improved.

I felt like I belonged in school and my confidence grew. Eventually got a job as an IBM 370 computer operator, was accepted to Georgia Tech, and because I learned to program, built a successful business.

Back in 1975, I remember thinking of a future where every student would have the opportunity to learn how to program. Forty years ago, I had no idea how pervasive code would become in our lives. All the more disappointing is that public education still has not made this important skill a key part of learning for each and every student.

Recent surveys show a significant gap between the idea of college and career readiness between school administrators and those who are receiving those students. Because code is just about everywhere, and in almost every industry, I have come to believe it is a critical skill that can provide students with the ability to thrive in whatever endeavors excite them.

More importantly, learning to code provides our learners with the soft skills that educators struggle to teach and our marketplace requires. I’m sure there is a job out there for a student that knows the states and capitals and can alphabetize them, but I’m betting most companies are looking for people who can collaborate, are resilient, and can solve problems by tapping into their creativity.

Like in my diverse high school, let's expose all students to coding. If students are left to self-select learning to code through after school clubs and coding camps, we will continue to leave behind girls and students from disadvantaged families. By exposing all students to coding at a young age, we can help learners gain some valuable skills and maybe change the trajectory of more than a few lives, just like Ruby Lucas and Coding did for me.

Six Ws Of Assessment
©2022 BootUp PD, Inc. All rights reserved. BootUp is a nonprofit and IRS Section 501(c)(3) organization.
Unless otherwise indicated, all materials on these pages are copyrighted by BootUp PD, Inc. No part of these pages, either text or image may be used for any purpose other than personal use. Therefore, reproduction, modification, storage in a retrieval system or retransmission, in any form or by any means, electronic, mechanical or otherwise, for reasons other than personal use, is strictly prohibited without prior written permission.