“They did it, they did it, WE did it!” an enthusiastic sixth grade teacher called me at home, relaying how a technology lesson went that day in our integrated learning center (ILC) created a year before. The ILC was a spacious and open environment with a variety of resources available where students could imagine, design, create, and build artifacts that were tied to their course of study at hand. Over the past two weeks, the students had been studying wind energy and were “commissioned” to design, build and program a wind turbine that turned off when it got dark and back on when it was daylight. In the beginning, this teacher was adamant we strictly follow the programming tutorial that came with the robotic set before even starting this project. I disagreed.

“Let the students program the Computer,” I said, not “the computer program the students.” After some negotiation, she agreed but insisted I lead the classes. Then one day, I was sick and unable to come to work. She emailed me, planning to cancel the class and wait for my return. I told her to lead with the students, and if they got stuck, they would “together” debug. Because really, nobody knows the answers to everything, and the skill of finding the solution was universally integral to learning in all subject matters. With its robotics and programming, this project was a vehicle to apply that skill in addition to learning about Wind Turbines. “Take a risk. If it does not work out, you have total I told you so rights,” I replied in my email. 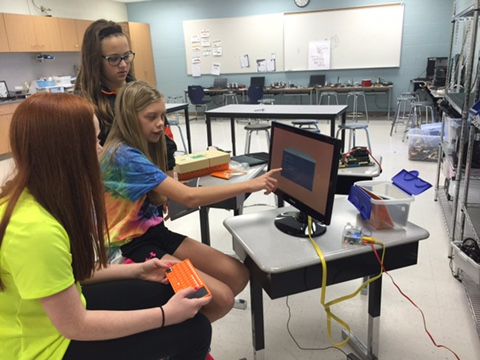 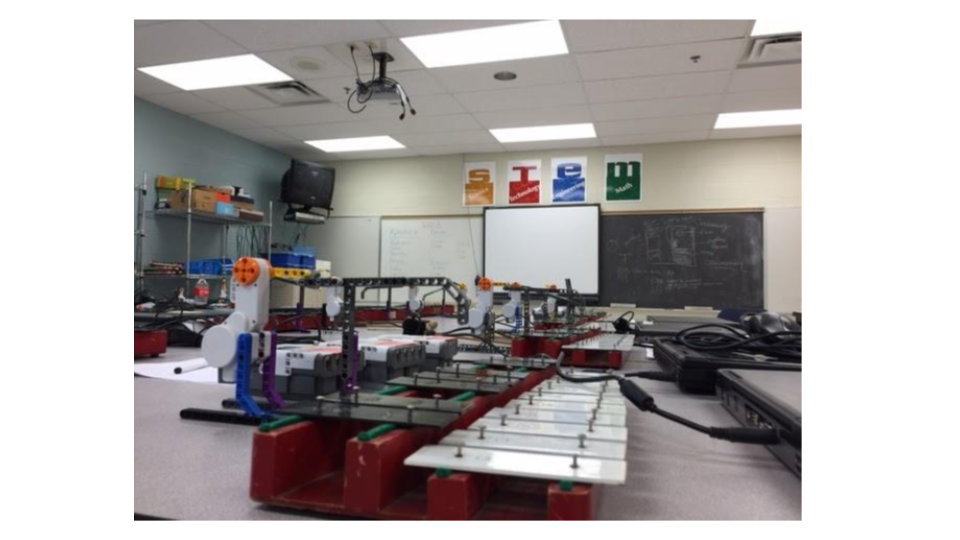 She took the risk! And you know what? It worked. Students finished their designs, wrote programs to run their wind turbines, incorporated touch or light sensors to turn them on and off, AND teacher and students' problems were solved together when they were unsure of how to do something. They learned what an aha moment felt after much trial and error. They learned to learn.

Seymour Papert, in his book Mindstorms, reminds us that the greatest benefit of integrating computers in the classroom is NOT as a tool for standardized assessment, repetitive skill reinforcement, or as Papert put it, “the computer programming the child.” Rather, he argued, “The child programs the computer. And in teaching the computer how to think, children embark on an exploration about how they think themselves”. This approach cultivates the soft skills identified as necessary in today’s workforce, including problem-solving, creativity, and cooperative learning. Further, Papert advocated that this benefit begins in pre-school. Yes...pre-school!

Papert did not come to this conclusion independently or as a side effect of having a personal passion for programming. After graduating from Cambridge with a Ph.D. in Mathematics, Papert went to study with Jean Piaget in Geneva, Switzerland. Yes, that Jean Piaget, father of child development and Constructivist learning theory. During the five years Piaget and Papert worked together, Papert developed the core foundation of his belief regarding how children think and learn. This foundation led to the development of Constructionism, the label Papert ascribed to his ideas. He believed that students need an environment to construct their representations for discovery, learning, and opportunities to share their knowledge with others to support the internalization of new concepts.

In 1996 Papert wrote, “The teacher’s role is to create the conditions for invention rather than provide ready-made knowledge." And this can start in pre-school as Papert recommended. Catherine Wilson Gillespie published a research article titled, “Seymour Papert’s Vision for Early Childhood Education? A Descriptive Study of Head Start and Kindergarten Students in Discovery-based, Logo-rich Classrooms.” Confirming that the benefits of introducing coding and physical computing, starting in early childhood, are more than antidotal. Indian Creek School, located in Crownsville, Maryland, published an article “Learning to Code Before They Can Read, The Many Benefits of Teaching Coding to Young Children,” a great testament to the success of introducing coding at a young age.

Whether teaching virtually or face-to-face, take a risk! Think of ways to provide an environment that creates the condition for invention that includes coding experiences allowing the student to lead the computer. There are many coding programs and physical computing resources to fill to create productive learning environments. Scratch Jr, Scratch, Bee-Bot, and Edison are just a few examples. Find the ones that align best with the environment you are creating, watch the children code the computer, create a project, and learn to learn. 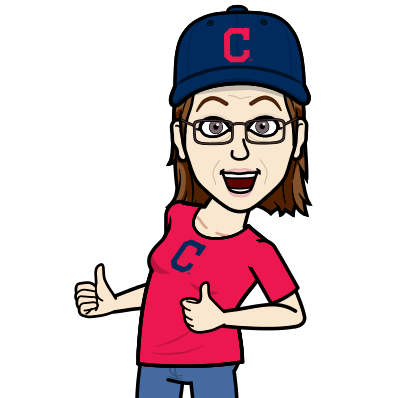 Note: The teacher that took that risk, Sue Abraham, Buckeye Local Schools, Ohio was named teacher of the year at her district, 2020.

Designing an Equitable Computer Science Education Program for Your District

Scratch Packs: Integrating Personal Relevant Themes in CS
©2022 BootUp PD, Inc. All rights reserved. BootUp is a nonprofit and IRS Section 501(c)(3) organization.
Unless otherwise indicated, all materials on these pages are copyrighted by BootUp PD, Inc. No part of these pages, either text or image may be used for any purpose other than personal use. Therefore, reproduction, modification, storage in a retrieval system or retransmission, in any form or by any means, electronic, mechanical or otherwise, for reasons other than personal use, is strictly prohibited without prior written permission.